To share your memory on the wall of Claudette Shelton, sign in using one of the following options:

Your condolence has been posted successfully

There may be a delay while processing. Please do not click the back button or refresh while a payment is processing.

Your donation has been processed successfully

Claudette was an accomplished typist and was known to wear the lettering off of most keyboards. She had a long and rewarding career as a Documentation Production Specialist, working on government contracts for General Electric (later Lockheed-Martin) and finished her career as a Corporate Stock Plan Administrator for a dot-com (PSINet) in the nineties. She retired from full-time work in 2005 and spent the majority of her time relaxing in Virginia with her daughter and son-in-law. In 2009 she shifted her time back to Upstate New York, living the easy relaxing life on Lake Ontario in Henderson, NY.

Throughout her life Claudette loved to travel and she was always up for adventure. She had many such adventures accompanying her husband to Rimouski Canada while he dove on the wreck of the Empress of Ireland. She also spent time in Hawaii, Utah, Arizona and her favorite destination, Disney World in Florida. Claudette also traveled internationally, visiting Mexico, England, France, Italy, and her country of birth Canada where she spent a great many trips visiting family and friends.

When she wasn’t traveling, Claudette enjoyed many hobbies. She was very creative and loved doing ceramics, water colors, needle-point, home decorating and photography. In her later years she became very fond of murder mystery audio books, trivia, and jigsaw puzzles.

Claudette always had a warm spot for animals and throughout her life had many pets, mostly dogs and a few cats. After she retired to the house on the lake, she became involved with German Shepherd rescues and saved two of her most beloved companions, Reagan and Sargent, both of whom predeceased her. They were constant companions and have now been reunited to continue their adventures in heaven.

Claudette lived a full and happy life. She enjoyed her family, her friends and her animals. She left this world as she lived in it, on her own terms. She was loved dearly and will be missed immensely. May she rest in eternal peace.

A private family service will be held on Thursday April 30 at Dreier-Giltner Funeral home, after which Claudette will be laid to rest next to her husband at the Riverside cemetery in Rochester, New York.
Read Less

To send flowers to the family or plant a tree in memory of Claudette Theresa "Candy" Shelton, please visit our Heartfelt Sympathies Store.

Receive notifications about information and event scheduling for Claudette

By subscribing to updates, you will receive any notifications sent about changes to service schedules or other important information

Please add your text number or email address before submitting.

You have successfully been subscribed to notifications!

You will receive any future notification messages.

Provide comfort for the family with a meaningful gesture of sympathy.

We encourage you to share your most beloved memories of Claudette here, so that the family and other loved ones can always see it. You can upload cherished photographs, or share your favorite stories, and can even comment on those shared by others.

Posted Apr 30, 2020 at 10:30am
Candy was such a giving, loving, and beautiful woman inside and out. We always admired her creativity and spirit. Her dedication to family and pets was heartwarming. Candy's generosity and concern for others with never be forgotten. She thought nothing of dropping everything she was doing to lend others a helping hand. Sending love and prayers. Jim and Kathy Dattler
Comment Share
Share via:
LD

Posted Apr 27, 2020 at 08:09pm
Please accept our most heartfelt sympathies for your loss... Our thoughts are with you and your family during this difficult time. Blessings

Posted Apr 26, 2020 at 10:07am
I remember spending family visits with Aunt Candy. My parents Ralph and Rosemarie played cards with them and us kids played together. I treasure those memories. RIP AUNT CANDY
Comment Share
Share via:
TT

We are so blessed to have met you, and shared time with you.
Your timing for sending cards and sharing time helping with our pets was so appreciated.
Christmas our cat will seek you out to give you some love.
Thoughts and Prayers are with you always as you transition to your next path. Thank you for your kindness and warm spirit.

Thank you Tony and Trish (and Jeter). She always enjoyed helping with the pets.
JC

Posted Apr 25, 2020 at 01:46pm
At this sorrowful period in your life, please accept my sincerest condolences for the death of your loved one.  Reflecting on the divine promises found in the Bible will give you hope and strength to keep going until all of God's promises are fulfilled. (John 5:28, 29; Romans 15:13; 2 Thessalonians 2:16, 17).
Comment Share
Share via:
PF

Thank you for your kind thoughts and words.
LT

Myself, my sister Cherie, Bob Bauer, Sandy Bauer and Joyce Bauer Harrington and TG McMullen we’re so sad to hear your dear Mom had passed away. Please except our deepest sympathy. It is so very hard to lose a parent. Cherie and I were just in Rochester last summer after so many years apart. We had taken TG up to visit as he is working on our family history. Joyce said she had run into your mom on several occasions at the cemetery in years past. I don’t know if you would be interested in getting in contact with me or us but if you would like to, my cell number is 315-345-4451 and Cherie and I both live in Cleveland. Your cousin Laureen 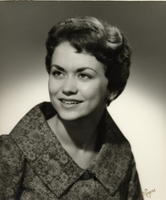 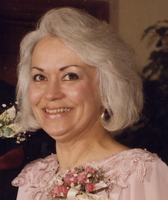 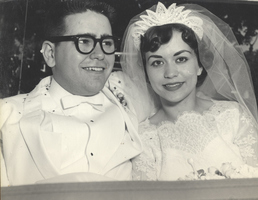 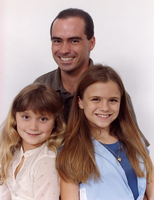